Following a tendering process, DMA was awarded a contract by Rosemount Measurement Ltd of Slough to build a mezzanine floor to increase the first floor office space by 315m². DMA was also appointed the main contractor for all the ancillary works under the new CDM regulations.

After a number of site meetings with the client and the other appointed contractors, DMA created a program of works spanning 8 weeks: 4 weeks each for the ground floor and first floor areas.

The design and construction of the steelwork to form the mezzanine floor was the first task. To meet Rosemount’s requirements for as few intermediate support columns as possible, DMA came up with the design of installing a span of 9m x 6m with no visible bracing. All the columns had knee braces that were concealed within the fire-rated suspended ceiling. As soon as the mezzanine floor structure was completed, electrical installation including LED recessed lighting as well as power and data outlets quickly followed. There followed air conditioning installation and decoration of walls and flooring.

DMA recognised the challenge of building this structure in a busy factory and the site was also the main thoroughfare for staff moving between departments. This required careful attention to the safety not only of the construction team but also of the client’s staff and visitors. Meetings were held with the client to determine a safe route for the staff to mitigate any health and safety risks.

It was also imperative that the project did not impact on the client’s operations. Material deliveries were carefully coordinated with the client’s goods inward department. The detailed project plan was published and displayed at various points to provide clear visibility of activities in all areas to the stakeholders.

Whilst work continued beneath the mezzanine, the build proceeded to the construction of a new perimeter wall along the exposed edge on the first floor level up to the underside of the roof, forming a fire barrier for the enlarged offices on the first floor. The new perimeter wall consists of double glazed units to 2.4m high all along the front edge of the mezzanine and then continued to the roof height as a partitioned wall.

On completion of the works on the ground floor, the area was handed over to the client and the construction moved to the first floor. The program of works included the installation of partitioned meeting rooms, lighting, electrical and data cabling, carpeting, air conditioning, fire alarm system, glazing and manifestation to the perimeter wall and meeting room walls. Once all the new fit-out works were completed, the original fully glazed wall was removed to form a larger open-plan office area.

The increased floor space afforded by this project has enhanced the existing facility, whilst allowing the transition of another business unit into the site.

The client was so pleased with the work that they awarded DMA a further contract to form a new staff breakout area on the ground floor to replace some meeting rooms. Three existing meeting rooms were dismantled to create the new café and break-out area. Some of the walls from the dismantled meeting rooms were re-used to minimise waste. New wood-effect vinyl plank flooring was added along with a kitchenette. Lighting was replaced with new LED panels, with new electrical sockets installed along with plumbing to the new kitchen sink and vending machines. 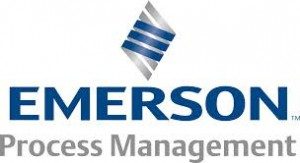 As part of a corporate restructuring program, the RML manufacturing facility at Slough decided to create a new mezzanine floor to integrate a new business unit. The project was initiated at short notice with a challenging time line. Following an initial specification being created, RML went out to tender. The preparation that went into the DMA quotation and the break down of costs, coupled with site visits and discussions, placed DMA favourably as a potential supplier. DMA further impressed by their positive attitude to resolving issues, including short notice preparation for an “on line” reverse auction process. On award of contract, DMA proved themselves as reliable partners by coordinating design meetings and safety reviews with all contractors involved. The attention to customer focus and preparation contributed to the overall success and timely completion of the project. Throughout the project, RML were given advance notification of the activities and were closely involved in the planning and design process; this resulted in minimal disruption to the existing facility and no accidents or safety concerns being raised. The open and approachable nature of the DMA directors and their contract staff, coupled with their willingness to resolve issues swiftly, ensured the project ran with minimal stress to the client. The completion date of the project and the finished result has been praised at all levels of the organization, both local and at corporate levels. I would have no hesitation in recommending DMA as a supplier for other businesses looking to undertake similar extension projects.